Cancer While Pregnant: Both Can Live 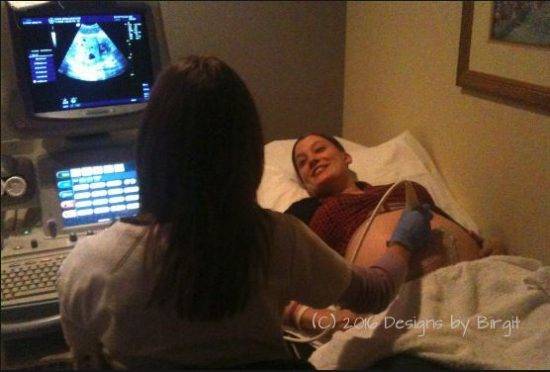 When a pregnant woman receives a cancer diagnosis, there is much to consider. Yet a little known fact is that cancer does not necessarily mean choosing between the life of the baby or mother. Contrary to popular thought both can safely live. This aspect of oncological medicine is actually not news at all. Decades of successful, safe treatment of mothers with a cancer diagnosis has occured for decades – at no danger to any of their unborn children.

As an act of charity, we should dispel a perpetuated lie which becomes deadly for either mother or child. Cancer organizations, as well as ill-informed physicians, too frequently convince women that an abortion is necessary – to save the life of the mother, should she be diagnosed during pregnancy. According to their recommendation, she otherwise risks her own life in an unnecessary bid to save her baby – leaving a child without a mother.

Why Women Are Left Uninformed?

Why is this scenario so common? Why do mothers feel driven to decide between their own lives and the lives of their unborn children? One reason is obvious. Abortion is a lucrative business. If women can be pushed into subscribing to unsubstantiated fear, there is money to be made – millions of dollars, annually for abortion giant Planned Parenthood.

The reason doctors fail to inform their patients is a bit more cryptic. Perhaps it has to do with keeping patients in their hometown medical facilities. Personal experience has taught us that doctors often prefer local treatment to referral to out-of-town specialists. An obvious conclusion could then be discerned as a desire to keep ‘business’ at home.

The Truth of Cancer Treatment during Pregnancy

Cancer treatment facilities such as MD Anderson Cancer Center in Houston, TX have an astounding success rate of healthy births to cancer stricken mothers. Somehow the news just isn’t getting out into the population at large. Although there are numerous medical journals, success stories, and peer contacts, too many doctors still seem to be in the dark. Whether or not this is a matter of willful ignorance or lack of training, remains an unknown.

Breast Cancer While Pregnant Gets Personal

At twenty weeks pregnant, our daughter was diagnosed with BRCA1 breast cancer – a particularly destructive form present in our family genetics. With dire past maternal outcomes – death within weeks or up to five years –aggressive treatment was in order to save her life. There was no time to lose. Aborting her unborn daughter was an inconceivable option.

Unfortunately, our daughter was initially given limited options. In consultation with local doctors, it was implied that she had two choices. The first was to terminate (read kill her child through abortion) and then aggressively treat her BRCA1 cancer. The second proposition was to wait out her pregnancy, at great physical harm to her own health. As a molecular biologist with a gift for research, however, neither option was satisfactory. Since she was able to access and read medical journals, our daughter did her own research. As a result, she found her answer in Houston, TX.

Armed with the knowledge of a third, much more palatable choice, a trip to the MD Anderson Cancer Center in Houston resulted in a chemotherapy regimen, to begin immediately. Two weeks before birth, further treatment was postponed to ready her body for childbirth. Her 8+ lb. healthy daughter was born on Thanksgiving Day and scored a perfect 10 on her APGAR test. The miracle of life, confirmed she had made the correct, pro-life decision. A bonus finding was that women who maintain their pregnancy and receive treatment have a higher rate of survival!

Part of our gratitude for finding such a positive outcome to a frightening scenario led us to witnessing the good news to everyone we meet. Mothers, nurses, and even doctors are often amazed that they have never heard about this decades old treatment option. The goal of sharing this life-affirming option is a catalyst for a frequently sharing the facts. Please consider passing the word along – a life may be hanging in the balance, even as you read these words.

Amid all of the superficiality of the ‘pink’ agenda – pink football teams, toilet paper, blenders, and every other imaginable product of commerce – lies an undeniable fact. The PINK lulls the masses into misguided, yet enthusiastic support for death. Yes, death. What they don’t tell you, these opportunistic marketers, is that it’s all about the money – even if it’s blood money. As a twelve-year survivor myself, I have earned the right to make these distinctions and comments.

The PINK doesn’t help an actual cancer victim nearly as often as you’d think – just ask me or my daughter about our experiences.

Breast cancer is certainly not the only cancer affecting a huge population. There are others just as devastating, warranting ‘awareness’, moral treatments, and a cure. While it’s not a competition, why discount childhood cancer, for example, because it hasn’t been as artfully marketed?

The answer is that these other cancers are at a disadvantage because the powers that be can’t make sexist sound bites about them. No, ‘save the Ta-tas’, ‘save the Boobies’ and playing games about the color of ones’ bras is so much more titillating (see what I did there?).

The ‘awareness’ organizations have lots of overhead, pay huge salaries, and spend enormous amounts of the funds collected as donations on marketing. They don’t even play nice with each other, jockeying around for the big bucks. One year Susan G Komen even tried to co-opt the color pink and sued smaller organizations for using the word ‘cure’ in their slogans!

The American Cancer Society and Komen are also supporters of embryonic stem cell research. This research kills tiny human beings – containing the complete package of humanity including an eternal soul – and yet has given us no viable treatments or cures. Unlike ethical adult stem cell research, with many success stories, the attraction for the Frankensteiniam use of embryos comes down to money.

You see, adult stem cells can’t be patented – they already belong to you. But embryonic cell lines created in a lab present a high dollar wager and promise government grants galore.

An even more unholy alliance comes with bedfellows, Komen and abortion giant Planned Parenthood. Although PP does not a single mammogram, they are given large sums of funding from Komen every year. PP where abortion represents 94% of all prenatal ‘services’.

Save the Babies, Save the Victims

I’m not here to denigrate the good intentions of others; my intention is to steer those giving hearts into an ethical direction. There are cancer victims galore out here – all sorts of cancers. Why not consider giving directly to a victim, attending fundraisers, sending prayers and cards of encouragement, cooking meals, helping with children, or cleaning houses of those affected? The opportunities are as countless as the victims of this horrific disease. Further, there are moral organizations worthy of your funds and support: The Polycarp Research Institute (TPRI), the Breast Cancer Prevention Institute, and the National Breast Cancer Foundation® offer such opportunities.

All in all, people are kind and generous. They innocently fall into the commercial trapping of the PINK crowd. My aim is to steer them and their good will into a direction worthy of their charity. God bless them for their kindness! My daughter and I have been lifted up by many.