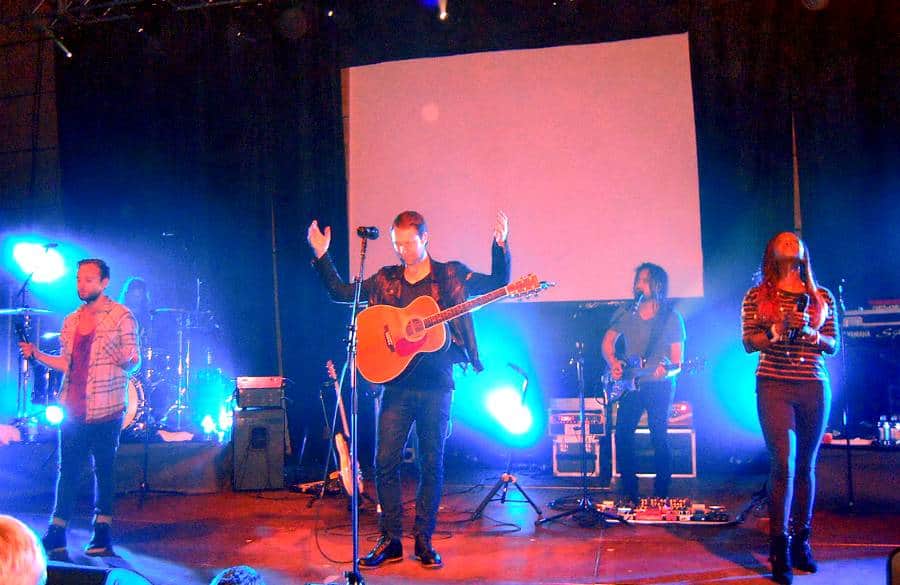 The encroachment of liturgical abuses in the Church is a long debated bone of contention between various members of the Body of Christ. In addition to the diverging thoughts about the ordinary and extraordinary forms of Mass, the Spirit of Vatican II brought a divisive opportunity like no other. Back then, the laity could not research on the internet we now rely on. Quotes and complete Vatican texts at a click of a mouse were not available. Therefore everything altered, every renovation, had a captive audience. Those who sought creativity or watered down meaning in the liturgy simply did what they did. Years of respect for authority built almost automatic acceptance. Few people in the pew questioned.

This lack of questioning, however, did not mean total acceptance. The times simply dictated respect for the voice of authority. My six decades as a Catholic, however, have ensured my place in the debate. Having been a part, albeit a youthful part, of the Church ‘before’, my memories share the history.

At parochial school Mass, we young ladies wore beanies or lace caplets with our school uniforms. We never questioned the sisters, nor fought the devotion. It was as understood as genuflecting and kneeling to receive Him on the tongue. As His creations, we owed Him respect – both inward and outward. Demonstrating rightful respect to Our Creator relied on perception and acceptance.

As a young Catholic, I clearly recall my first guitar Mass. Tears, painfully fought back in my throat, involuntarily welled up at the twanging lack of reverence I perceived. Accustomed to reverent hymns played on a pipe organ, my entire being revolted.

As a teen, I heard jean and sandal wearing priests refrain from talk of sin and damnation. They served up guitar accompanied songs of only peace and love in the youth groups of the 70’s. It was a time of feeling good and going with the flow.

One cannot help but notice that, with the abandonment of traditions, an unseemly, casual attitude was born. In earlier times, the norm was weekly confession. Many abstained from the reception of Holy Communion, from time to time. Unlike those days, we now see an entitlement attitude. Although confessions are at an all-time low, reception of the Eucharist is practiced by almost the entire congregation at any given Mass. One has to wonder what will result from the Spirit of Amoris laetitia , where the requirements to receive the Holy Eucharist are being debated among bishops – often based on individual interpretation.

Self-described ‘baby Catholics’ and ‘progressive’ Catholics have built quite the soapbox in response to the call for more reverence. Whenever a yearning for devout liturgy, theologically correct hymns, respectful attire, and adherence to the rubrics are mentioned, unflattering labels quickly come out. Descriptions of judgmental, legalistic, meanies are bandied about.

We are regaled with tales of poor girls, with little catechesis, who are turned off by the mean-spirited modesty/liturgy police because they can’t afford anything other than mini skirts or belly tees.

Even now, however, the pursuit of humility before our Creator leads some of us to reclaim the optional devotion of veiling. This often misunderstood, voluntary tradition offers a beautiful way to physically proclaim the Kingship of Christ. We do so, not out of pride but out of our innate need for reverence – to capture what has been lost in a society focused on self. Yet we, too, are met with disdain.

And those self-congratulatory hymns songs are perfectly fine because they make you ‘feel good’. If the liturgy isn’t followed properly and someone expresses dismay, they are quickly labeled as Pharisees and accused of caring more for structure than Jesus. Jesus, after all, is a God-Man of love and inclusion. He never took appearances seriously or castigated those who trivialized His Father’s house. Oh, wait! Yes, he did! Remember the turning of the tables in the temple or the expectation for wedding guests to wear the proper garments?

The Harm of Liturgical Abuses

Actually many clergy, including popes, weigh in quite often about proper disposition and decorum. Pope Benedict XVI famously said that “Wherever applause breaks out in the liturgy because of some human achievement, it is a sure sign that the essence of liturgy has totally disappeared and been replaced by a kind of religious entertainment”. Since this type of entertainment cannot compete with similar secular pursuits, “(s)uch attraction fades quickly”. and “incorporating as it increasingly does various forms of religious titillation”.

This wasn’t some off the cuff remark that should be viewed lightly. The point was that he wanted the people in the pews to remember that worship is not horizontal (people to people) but is, in fact vertical (people to God). When we sing songs about ourselves and how important we are, when our priests ad-lib the prayer that is the Supper of the Lamb – Heaven on Earth – Mass, when the faithful come dressed for the beach instead of the wedding feast of the Lamb – then they are misplacing the Jesus is my friend idea by forgetting that Jesus is also the King.

“We do at least need a new liturgical consciousness, to be rid of this spirit of arbitrary fabrication. Things have gone so far that Sunday liturgy groups are cobbling together the liturgy for themselves. . . . The most important thing today is that we should regain respect for the liturgy and for the fact that it is not to be manipulated.” Pope Benedict XVI

The Mass is not some overview or blueprint upon which man can build his own celebration. It is not about us at all. Mass is worship. It is man, coming to God, and strengthening his faith through divine instruction.

“When you are studying theology, your intention is not to learn a trade but to understand the faith, and this presupposes, as we said a while ago, using the words of Augustine, that the faith is true, that, in other words, it opens the door to a correct understanding of your own life, of the world and of men.”  Pope Benedict XVI

In understanding that the Divine Liturgy, the Sacrifice of Holy Mass is from God, we must step away from ourselves. Through the Church and Tradition, the Mass is specifically choreographed by Someone much greater than we. When we fail to recognize this and attempt to remake it according to human preference, we deny that it belongs to God. It is in humility that we acquiesce to a Higher Power but it is in pride that we make it our own. This wrong-headed way of thinking then leads to the denial of our obligation to live according to His Will.

“There’s no question in my mind that the abuses in the sacred liturgy, reduction of the sacred liturgy to some kind of human activity, is strictly correlated with a lot of moral corruption and with a levity in catechesis that has been shocking and has left generations of Catholics ill prepared to deal with the challenges of our time by addressing the Catholic faith to those challenges.” Raymond Cardinal Burke

Cardinal Raymond Burke, in comments as prefect of the Vatican’s Apostolic Signatura, further shared his conviction that a fitting worship of God is essential to the moral life. He went on to say that “You can see it in the whole gamut of Church life”. There is evidently “a levity in catechesis” that has been “shocking” and left generations of Catholics ill-prepared to deal with today’s challenges.

As citizens of an independent democracy-minded country, we Americans tend to apply this form of thinking to life in general – and by applying it to the Mass in particular. It is difficult to change one’s perspective from autonomy to dependence. Yet, if we are to enter His Kingdom in Eternal Life, our view must change. Our decisions and the way we live our lives are our own. This is the gift of Free Will. In pursuing our purpose on this earth, however, we are admonished to be obedient to One who is greater.

It is our choice but that choice has a price – if we choose independence, we will not have the desired eternal outcome. Our choices will literally mean death. While earthly freedom may appear attractive, it would be wise to consider the benefits of obedience. Even the smallest measure of it can build into a mighty service to God