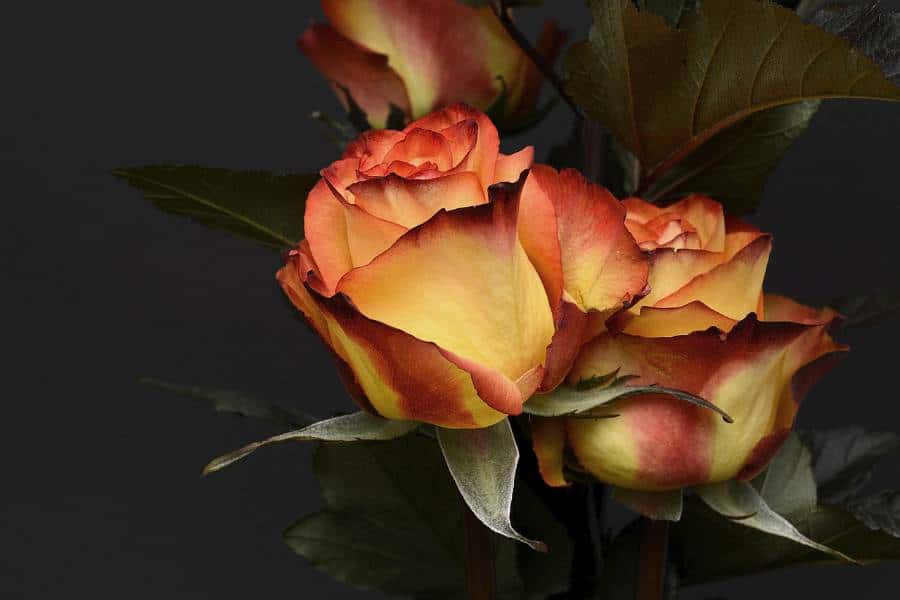 The Catechism of the Catholic Church upholds the biblical directive that parents are the first (and most important) teachers of their children. What we often fail to realize is that what we do can have much more effect on our children than what we say or how we instruct. Who has not seen one of their less than desirable actions or words mimicked by a child and felt a sudden blush of guilt? Sometimes, though, a child learns an important lesson from the mistakes in a parent’s life, and how they rise to the occasion. That was the case for me; my mother’s illicit marriage actually helped to strengthen my faith.

Born in Germany, to a Lutheran father and Catholic mother, my earliest memories revolve around devastating fights between my parents. Although Mom was devout, his lack of faith approached atheism. Yet Mom somehow managed to have my younger brother and me baptized as infants. In even my earliest memories, I was painfully aware that my father was not a nice man. He cheated even during their engagement (attested to by formal witnesses) and was abusive as well. Too young to fully comprehend the implications then, as I matured and became an adult my understand became clearer.

Long before I could fully fathom what was happening, he left. During the divorce, he covertly spirited my younger brother away without a word. This left Mom a divorcee with a young daughter and an achingly empty place in her heart. Through all of this turmoil, however, Mom staunchly maintained her faith. As her daughter, my education in the Catholic faith continued.

By the time I was five, someone new entered the picture. This American Airman was kind and gentle. I fondly remember playing circus, with him carrying me on his back, while my mother happily looked on. However, red tape prevented a smooth transition and the sought after annulment.  In addition to a language barrier, annulment proceedings came to a stand still due to both US Air Force and German red tape. As a result, a civil marriage was performed. Next a little sister was welcomed into the family.

In the 1960’s Germany, the clergy clung much more diligently to Church Law. As a result, the baby was denied baptism due to the illicit marriage. My mother, however, tenaciously persisted and found a kindly old priest to confer the sacrament. To complete our family unit, I was adopted and became the daughter of an American. By this time, any efforts to reunite us with my little brother were exhausted. He was nowhere to be found. Soon, in answer to Dad’s Air Force orders, our family of four moved to the U.S.

Fast forward a few years, after assignments to several states and Dad’s retirement from the Air Force, we settled in his native Kentucky. We were now a family of seven—Mom, Dad, and a collection of five children. There was still no annulment, but Mom made sure we never lacked catechesis. All of us were baptized, received First Holy Communion, Confirmation, and were frequently taken to Confession.

The poignant vision of Mom, tears of joy (for us) and pain (for her situation) was impossible to ignore at each of these special occasions. As each of us matured in our faith life as Catholic citizens, Mom was our teacher, our champion, and immovable anchor. We never missed Mass, attended Catholic schools when available, and enjoyed frequent visits from priest friends in our home. For all practical purposes, we appeared to be the epitome of a Catholic family, with one exception —our parents were unable to join us in an actively Catholic life. They were not eligible for the sacraments, including Holy Matrimony.

Everything changed one glorious October afternoon. After a tedious, multi-linguistic annulment process, Mom and Dad were married in the Church. Our small church community and five children were present. The long awaited celebration of love and faith had finally become reality After the reception, we children decorated our family station wagon with cans and ribbons. The sign on the back read, ‘Congratulations, Mom and Dad—Just Married!’

The incomparable joy radiating from our parents’ faces spoke volumes about their struggle. Our long awaited family unity demonstrated triumph over failure and the blessing of years lived in faith, hope, and love. Perseverance on the part of Mom was a lasting witness to her unhindered faith.

A few years later, we were reunited with our missing brother. His father had raised him under the impression that his second wife was his mother. He was only told the truth after her death, “She wasn’t your real mother. Your mother lives somewhere in Kentucky.” What a reunion that was! At last, all eight of us were united. It was a undeniable lesson in living in Faith. Our mother surely illustrated a strong faith in the face of adversity.

At the young age of 58, Mom died of breast cancer a few years later. Yet, she had been an incredible witness to us all. Her life, though one of many trials, never completely abandoned her faith. She even met her estranged husband at one point and offered him forgiveness. His comment to her in response? “There was one thing I could never break—your Catholic faith. I always respected that.” Although their relationship had traumatically ended, even he could appreciate her dedication. He is now dead as well and I pray that he was able to find God at the last.

Mom’s years of persistent love and hope culminated in a family strengthened by adversity. She illustrated, with her very life, what it means to live out your Catholic faith – even through trials and errors.

All of us are adults now, with children and even grandchildren of our own. The Catholic faith persists as the most important thing in our lives. We learned, from loving example, what it means to stay faithful—no matter where your choices lead you. Mistakes will be made but how you face the resulting strife, determines who you are. If nurtured and fed, Faith will always win out. With our example as parents lies the future of our children’s faith outlook. Persisting in following even the difficult teachings is a path to moral victory and eternal joy.