The Four Manifestations of Christ 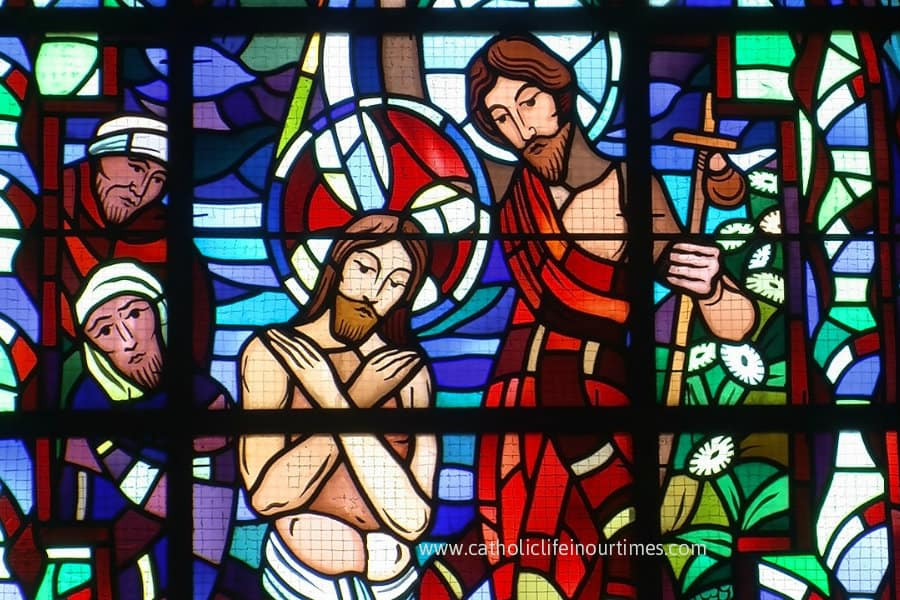 Jesus lived an obscure, private family life for three decades. During this time His life was not unlike any others of His time in history. Scripture tells us that Mary pondered many things in her heart. She knew His full identity and knew he was destined for greatness. Undoubtedly, she also greatly basked in the honor of raising the Son of God to manhood. His manifestation to the world began by introducing Him, as an infant, to the few. Therefore, we see His revelation, as the God Made Man, on an incremental level.

When Jesus was born, He was first introduced to simple Jewish shepherds – His own people. The first manifestation of the future Shepherd of all nations was to humble shepherds tending their sheep in the fields outside Jerusalem, land of Judah. What an awe-inspiring thing for these common folk to experience! Trembling, yet instinctively praising, they heard the call of the angels and came to worship the newborn King.

Now there were shepherds in that region living in the fields
and keeping the night watch over their flock.
The angel of the Lord appeared to them
and the glory of the Lord shone around them,
and they were struck with great fear.
The angel said to them,
“Do not be afraid;
for behold, I proclaim to you good news of great joy
that will be for all the people.
For today in the city of David
a savior has been born for you who is Christ and Lord.
And this will be a sign for you:
you will find an infant wrapped in swaddling clothes
and lying in a manger.”
And suddenly there was a multitude of the heavenly host with the angel,
praising God and saying:
“Glory to God in the highest
and on earth peace to those on whom his favor rests.” Luke 2

The visit of the Magi, brings the manifestation of Jesus to the Gentiles. This ensures that He came to save all – as long as they choose follow Him. He was not solely Incarnated for His own people – the Jews. As Gentiles, the Magi heeded a call – in the form of inspiration and a star. With this expanded revelation we are assured that He came for each one of us – Gentile and Jew.

When Jesus was born in Bethlehem of Judea,
in the days of King Herod,
behold, magi from the east arrived in Jerusalem, saying,
“Where is the newborn king of the Jews?
We saw his star at its rising
and have come to do him homage.”

After their audience with King Herod, the Magi continued on their search for the Newborn King.

And behold, the star that they had seen at its rising preceded them,
until it came and stopped over the place where the child was.
They were overjoyed at seeing the star,
and on entering the house
they saw the child with Mary his mother.
They prostrated themselves and did him homage.
Then they opened their treasures
and offered him gifts of gold, frankincense, and myrrh. Matthew 2

However, there came a time when Jesus was introduced in a more open way. In this way His public life began so that all mankind would eventually have access to Salvation.  We can look on this far-reaching introduction as an effective way for humanity to gradually learn about Him. They had heard of him through prophecy and John the Baptist introduced him to the general population.

Water carries great importance in mankind’s interaction with God. With this sacramental sign, we recall the great flood in Noah’s time and the parting of the Red Sea for escape from Egypt. In each instance water is a sign of grace and a new beginning. The prayers for the Rite of Baptism also recall that, “In the waters of the Jordan your Son was baptized by John and anointed with the Spirit”. In this public manifestation, Jesus instituted the need of Baptism for all – in the name of the Father and of the Son and of the Holy Spirit.

John submitted to His command and Baptized Jesus, even though He was sinless. Then, the Holy Spirit descended as a dove, while God the Father spoke His confirmation of Jesus as “my beloved Son; with you I am well pleased.”

The people were filled with expectation,
and all were asking in their hearts
whether John might be the Christ.
John answered them all, saying,
“I am baptizing you with water,
but one mightier than I is coming.
I am not worthy to loosen the thongs of his sandals.
He will baptize you with the Holy Spirit and fire.”

After all the people had been baptized
and Jesus also had been baptized and was praying,
heaven was opened and the Holy Spirit descended upon him
in bodily form like a dove.
And a voice came from heaven,
“You are my beloved Son;
with you I am well pleased.” Luke 3

The final manifestation of Jesus, comes as He and His mother, Mary, attend the wedding feast at Cana. It became apparent that the hosts had run out of wine and Mary makes a request of her Son. His reply is puzzling as he says, “What is this to me? My hour has not yet come”. Mary, however, knows her Son and His abilities. She simply instructs the stewards, “Do whatever He tells you.” Mary’s request, Jesus’ cooperation, and the resulting miracle begin His public manifestation as a Miracle Worker. It also establishes His respect for His mother – a respect passed on to us.

His mother said to the servants, “Do whatever he tells you.” Now standing there were six stone water jars for the Jewish rites of purification, each holding twenty or thirty gallons. Jesus said to them, “Fill the jars with water.” And they filled them up to the brim. He said to them, “Now draw some out, and take it to the chief steward.” So they took it. (John 2:5-8)

By His birth and public life, Jesus gave us the gift of Eternal Life. He came to us as a humble child although He is the Son of God. His manifestation was to both Jews and Gentiles. Although was without sin, He sought Baptism. He respected the request of His mother, a respect we are also tasked with now – through His example. Through His earthly example and teaching, He has given us the ultimate goal. The only requirement? By faithfully following this life and teachings, we can enjoy Eternal Life with Him.