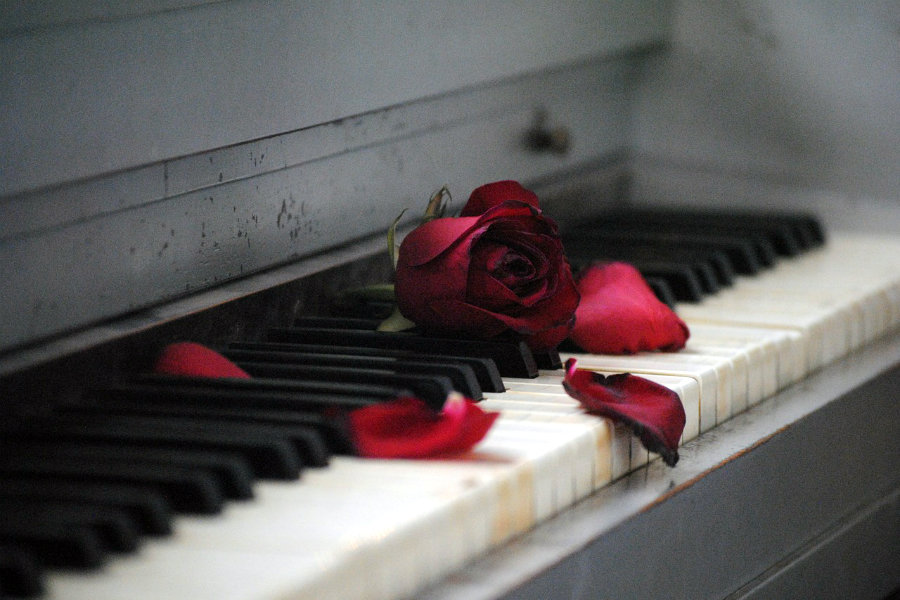 As the feast day of Saint Valentine approaches, secular society again reminds us how little focus there is on chastity. For the second time in three years many couples will center their Valentine’s date night around 50 Shades of Grey.  This second of two movies heavy on titillation and perversion, but devoid of mutual respect and true love, is hardly suitable – for any day of the year. Lack of the necessary attributes dooms relationships to failure. The wrong-hearted focus is on the use of others for self-gratification, without showing the least amount of self giving and sacrifice for the beloved.

Yet the saint whose day and life we celebrate on February 14th is at the very heart of what constitutes genuine love, faith, and chastity. A third century Roman saint, Saint Valentine is associated with courtship and love. He is the patron of engaged couples, happy marriages, young people, and love. It is believed that his feast might be celebrated in February because that is the time when birds begin to pair off in anticipation of Spring. Often depicted with birds and roses, it is easy to see why Saint Valentine conjures up thoughts of love, courtship, and romance.

While there are some inconsistencies in the stories told about his life, Saint Valentine famously converted Judge Asterius after having healed his daughter’s blindness. The entire household of 44 members was baptized. Later, around the year 269, Valentine was arrested under the reign of Claudius II. His crime? He witnessed the marriages of Christian couples and assisted persecuted Christians.   These acts were both considered to be serious crimes.

Saint Valentine’s life portrays a faithful adherence to love and marriage as envisioned at the Creation. God willed that man and woman, created in His own Image, would be faithful and fruitful. The covenant of their union was not to be broken or defiled.

So why is chastity neglected? The devil is in the details. When we remove God from our actions, our path becomes one of selfish motivation. If we fail to look at life through a spiritual lens, only base desires remain. Chastity takes a back seat to the commercial and self-serving superficiality. Removing God from any aspect of life, creates great temptation to follow the devil’s cues. As he successfully distracts us and leads to a darker path, virtues no longer thrive.

According the Catechism of the Catholic Church (CCC), “every man experiences evil around him and within himself” and that enters into the relationships man and woman form. Sin, not the nature of man, is at the root. There is a “spirit of domination, infidelity, jealousy, and conflicts. That these conflicts “can escalate into hatred and separation” is evident in the broken relationships we are seeing more and more often. 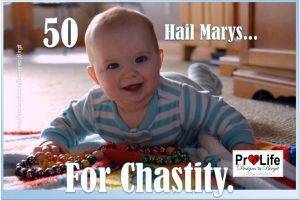 Saint Valentine’s Day offers an opportunity to right our path when it comes to true love. We are approaching Lent with a call for extra prayer, alms giving, and sacrifice. What if we choose that season to travel the narrow path? Are we capable of changing the direction of society?

“How narrow is the gate, and strait is the way that leadeth to life: and few there are that find it!” Matthew 7:14

God offers His Grace to help couples overcome their earthly trials and temptations – to reestablish the communion between themselves in a sacramental union.

“Without his help man and woman cannot achieve the union of their lives for which God created them “in the beginning.” (CCC 1608 – 99)

There is no limit to what can be accomplished by allowing God to lead the way. How can we change the world? The answer does not lie in simply complaining or finding fault in the actions of others. It lies in making measurable changes in ourselves. We are called to “cast a stone across the water to create many ripples.” — Saint Teresa of Calcutta

“Love to be real, it must cost – it must hurt – it must empty us of self.” ~Saint Teresa of Calcutta

Prayer is the perfect aid for developing a climate of chastity. Saint Cyprian tells us to resist the first temptations of the devil. For in an early recognition and resistance to evil, we find the effort much simpler. Allowing temptation, and then sin, to gain a stronghold in our souls is to make the task at hand (a chaste life) that much more difficult. A suitable prayer is called to mind – the Holy Rosary. The 50 recitations of the Hail Mary, within the five decades, recalls the perfect role model of chastity – the Ever Virgin Mary who perfectly demonstrates chastity in its purest form.

Although it is vitally important to inform others and share our concerns, we cannot change the world simply with loud,  judgmental voices. Our solemn duty is to sincerely remain informed, help raise opposition to sin, and pray fervently for the help that only God can give.

This Valentine’s Day, will you pray 50 Hail Marys for Chastity? Pray for the couples who wrongly perceive love in a perverse manner and for those who promote this deadly sin. Pray for the survival of the nuclear family and the respect owed to our spouses. And do not forget the children who daily suffer from divorce, illegitimacy, and a lack of catechesis.

“Real love is demanding. For it was Jesus – our Jesus himself – who said: ‘You are my friends if you do what I command you’ (Jn 15:14). Love demands effort and a personal commitment to the will of God. It means discipline and sacrifice, but it also means joy and human fulfillment.” ~ Pope John Paul II

What other thoughts come to mind to help rid the world of sins against chastity?