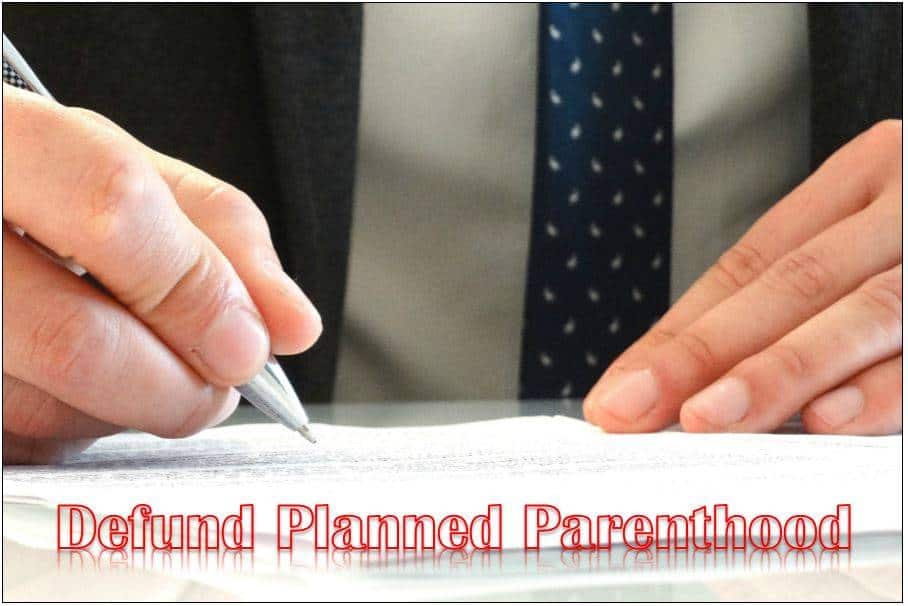 The fierce battle between the Culture of Death and the Culture of Life is heightened now that there is a new administration in charge. In the realm of sex education and Title X, the stakes could not be any higher. The prize for the winner is the very souls of our children. God gave them to us for just a little while. It is our duty, as parents, to protect them and direct them toward the road of salvation. The devil, however, roams the earth seeking to destroy their innocence. The resulting knowledge of too much information too soon can set the course for their entire lives. At the very least it robs them of their childhood and exposes them to ideas that we are all admonished not to entertain.

With the new sex education priorities rolled out by the Trump administration, we are reminded of the atrocities Planned Parenthood carries out on our children. The new emphasis on abstinence and even natural family planning, gives renewed hope that our children will once again be given moral instruction. It hasn’t always been so and, in recent years, we have seen the rise of perversion like never before – at earlier ages than ever before. Much of that can be attributed to Planned Parenthood’s encroachment on public education.

That the new provisions in the Title X grant offer hope of positive change seems provides a certain hopeful optimism. Yet, how many children have already been desensitized toward promiscuity and perverse sexual activity? Who knows how long it will take to attempt to walk back the damage already done. In case you have missed the debauchery on the part of the abortion giant, take a look at a few of the perverse ideas Planned Parenthood (PP) has woven into the lives of our children.

Sex Education According to Planned Parenthood

According to reports from Politico, “the U.S. Department of Health and Human Services will offer $260 million in Title X grants to qualified health care providers”. The application will prioritize the types of programs that do not promote risky sexual behavior for students and young adults. Since PP does not offer this type of program, they will not be eligible. Other abortion groups will likewise not be qualified. The proposed criteria promises some vital changes.

What a Difference an Administration Makes

According to Valerie Huber, acting deputy assistant secretary for the Office of Population Affairs at HHS, “This is a program that’s important to the administration and we think it’s really important to make some meaningful changes to extend the coverage of the program”.

Unlike the requirements during the Obama administration, which emphasized all forms of contraception, this new policy includes fertility awareness along with a broad range of family planning.

Last year the Trump administration cut millions of dollars by eliminating Planned Parenthood’s ineffective Teen Pregnancy Prevention Program. According to HHS spokesman Mark Vafiades, “There is very little evidence that the program (PP) was successful”. As a matter of fact, there is little support for the theory that Planned Parenthood’s programs have been effective in reducing sexual health risks or teen pregnancies.

As with any moral battle, the opposing forces are quickly dispatched and ready to rage against any ground we gain. The Culture of Death is poised and ready to fight any progress made toward the Culture of Life. As a consequence of this announcement, pro-abortion groups are weighing in with their objections. Dawn Laguens, Executive VP of PP responded to the news, “The Trump-Pence administration is quietly taking aim at access to birth control…The last thing anyone wants is for Donald Trump or Mike Pence to weigh in on her sex life — but this announcement essentially invites them into the bedroom”. There was also criticism from other pro-abortion leaders because artificial birth control was not promoted. Other pro-abortion groups criticized the new goals, claiming the government wants to take away birth control and push religious beliefs on people through abstinence-based programs. Huber was also criticized by abortion proponents, citing her past work with an organization that emphasizes abstinence.

In his recent column at the National Catholic Register, Do Democratic Presidents Cause Fewer Abortions to Occur?, Dave Armstrong makes a strong case for the pro-life benefits of Republican leaders. Apparently, political administrations create a downturn in abortions. Both the Center for Disease Control and Prevention and the Guttmacher Institute unintentionally support this claim with their reports. In addition, a correlation can be made by citing Supreme Court nominations and pro-life bills passed by pro-life representation in government. All of these developments provide an ever improving picture in both sex education and the resulting abortion rates.

Hope for Our Children

These new Title X stipulations breathe new life into the hope for a better, more moral world for our children. While it would be preferable to leave sex education solely in the hands of parents, this is a vast improvement. Seeing evidence of the Trump administration’s efforts toward a society that respects life is heartening. That they seek to fund programs that effectively teach sexual risk avoidance and a more pro-life vision has the potential to counter the ever encroaching Culture of Death. Here, again, lower abortion rates come into play.

Let us also not discount the value of the millions of prayers, Rosaries, and Masses that have been offered, advocating for life.

While we may wish that the complete defunding of Planned Parenthood and an end to abortion happens in one fell swoop, I dare say that, sometimes, the more gradual chipping away at the evil among us can be an effective alternative. Often, the virtue of patience plays a role in what happens and how quickly it happens. All in all, I am grateful for these improvements in our pro-life outlook. May we see many more positive strides and see the end of abortion in our lifetime.

The question to pose now is,  “Could Pro-Life Health Clinics Soon Access Title X Family-Planning Funds?” That would certainly be a big step in the right Culture of Life direction!