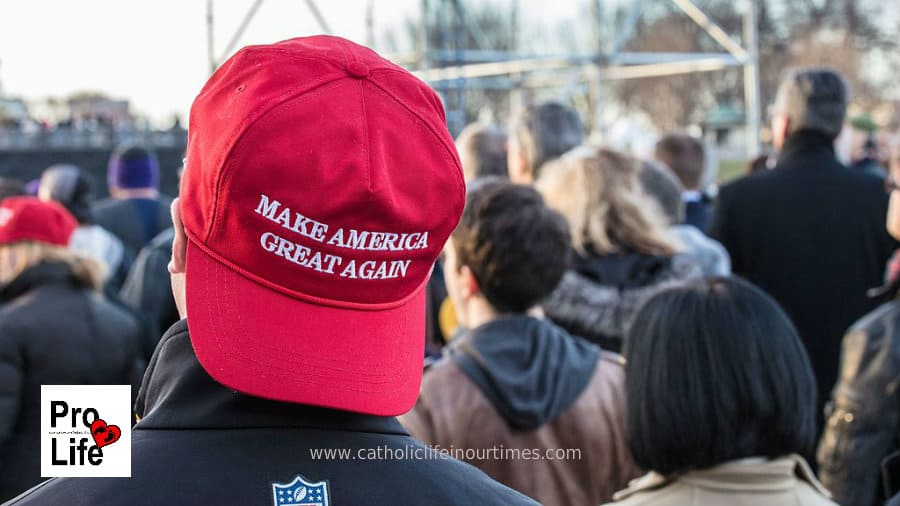 As the story of the post-March for Life encounter between an Indian activist and a Covington Catholic HS student continues, much misinformation remains. At first blush, media narratives and abbreviated video clips appeared to indict student, Nick Sandmann. Wearing a Make America Great Again (MAGA) cap, he stood closely facing an ageing Indian man. The Indian, Nathan Phillips, was beating a native drum as it appeared that he was surrounded by a gathering mob of unruly teens. The video shows the teens clapping, laughing, and chanting. Was this truly bigotry?

The answer is, yes, but not anti-Indian bigotry. Even the misleading clip fails to support this idea. Yet it was enough fodder for the media incited frenzy that followed. At the very worst – ‘smirking’ while standing in front of the drummer – is weak ammunition for the condemnation of Sandmann. After viewing longer versions of the almost two-hour video, the charade becomes even more evident – as does the real target of bigotry. What we see is that being white (especially male), Catholic, and conservative is now socially unacceptable.

What I saw as I watched the almost two-hour video presents today’s socially acceptable form of bigotry. Not anti-Black or anti-Indian, but bigotry against a group of young men. These students had just given up a large chunk of their week to witness for the pro-life movement. They made the trip from Kentucky to Washington DC to stand up for the lives of the unborn. As a small part of the hundreds of thousands of pro-life witnesses, these teens did their part as voices for the voiceless. For an in-depth account of what really happened, read and view the details for yourself. Dr. Taylor Marshall also presents a thoughtful analysis.

Even the media and pundits are backing away from their initial reactions. Yet, the damage is done .

A tragic aspect of this event is the irreparable harm done to these young pro-life advocates. Their names and personal information now publicly appear across the country – purposely shared via social media. They report receiving death threats and some are now in hiding. As a result of the media frenzy, it was reported that their school was forced to close and the Diocese of Covington received suspicious packages. Even their own principal and diocese jumped to a false conclusion, based on a narrowly drawn narrative. Both principal Robert Rowe and Bishop Roger Joseph Foys of Covington issued public apologies to Mr. Phillips before ascertaining the full story.

It is now evident that these students are the ones due an apology. Yet, a multitude of harmful stories ran unfettered for days. Many, who are thus misinformed, continue to hold falsehood as fact. Even after exposure of the truth and some apologies, the reputations of these students are tarnished for life. As of this report, too few of those who were quick to falsely point fingers have rescinded their statements.

The other, far-reaching and devastating aspect of this incident involves the annual March for Life itself. Every year, since the legalization of abortion in 1973, stalwart pro-life advocates have marched – often during freezing, inclement weather. They continue their selfless purpose of providing voices for the voiceless – the unborn babies.

This event has become so significant that Vice President and Mrs. Pence personally attended to speak to the crowd. President Trump also appeared in a taped message of support and a promise to veto pro-abortion legislation. The keynote speaker was none other than renowned personality Ben Shapiro. With all of these and many more eminent attendees and speakers, the media still remained silent. Yet, poorly attended liberal marches, like the Women’s March garnered much publicity.

Most people in America remain largely unaware of the sheer magnitude of the faithful crowds and illustrious participants at the March for Life. Lack of media coverage is the main contributor to this. No networks and only Fox News cable station reported this year’s March for Life. This has been the case since the very first March for Life.

In addition to the lack of positive media coverage and misleading narratives, attention was misdirected from the importance of the March for Life. Instead, the reputation of the March and those who participate are represented in a false light. While tens of millions of young victims have had their innocent lives snuffed out via abortion, scandal – even manufactured scandal – finds a willing audience.

The real victims here are the young men from Covington Catholic High School, as their lives are disrupted and calls for bodily harm and death continue. A Los Angeles DJ publicly called for the burning down of Covington Catholic – with the students locked inside.

The Truth About the Indian Activist

We now also know that the Indian drummer, Phillips is an actor who has starred in an anti-police video. In addition, his widely reported claims of being a Vietnam veteran are inaccurate. The interaction with the high school students from Covington Catholic High School is also not his first such incident. In considering available facts, there is a certain sense of deja vu.

In 2017, he was photographed at an anti-Trump protest at the Trump International Hotel in Washington, D.C.

While this additional information alone may not prove malice on the part of Phillips, the knowledge of past behaviors certainly has its place when considering the full truth.

In an apparently related incident, Phillips and a group of angry activists attempted to gain entry to the Washington DC’s Basilica of the National Shrine of the Immaculate Conception. At the time many hundreds of faithful, from around the country, were peacefully gathered to celebrate the Vigil Mass for the March for Life. The angry mob of activists attempted to disrupt the Mass, forcing a guard to lock the doors to prevent entry. Details here and here.

This media circus provides a valuable lesson. While the downward moral spiral in society continues, many more such situations will arise. The first takeaway should be to seek facts before believing the secular media hype. The ill-will directed toward the faithful only promises to become even more blatant. It appears that proof is no longer needed to cast aspersions against Christians. Too many even Catholic dioceses, schools, and citizens – are willing to believe the worst simply because it is reported. Let us take care before embracing calumnious allegations.

We should be proud of our young people, who are so willing to stand against the world in their support of the unborn. The attendees are truly present-day heroes. Their parents and the schools supporting them should be praised. At a time when morality is at such a low point and secularization encroaches on every aspect of the teachings of Christ, every Christian is obligated to support moral endeavors. When Jesus told us to be in the world but not of the world, He encouraged just this type of peaceful moral activism – support of the helpless and comfort of those in trial.

Where do we go from here? We need to find solidarity in the pro-life movement.

There’s a Satanic Force Driving the Public’s Response to the Covington Catholic Incident, Explains this Bishop

Even self-professed Catholic, democrat lawmakers pile on the bigotry against the socially conservative.

NOTE: To support a media apology to the Covington Catholic High School students, consider signing this petition on their behalf.