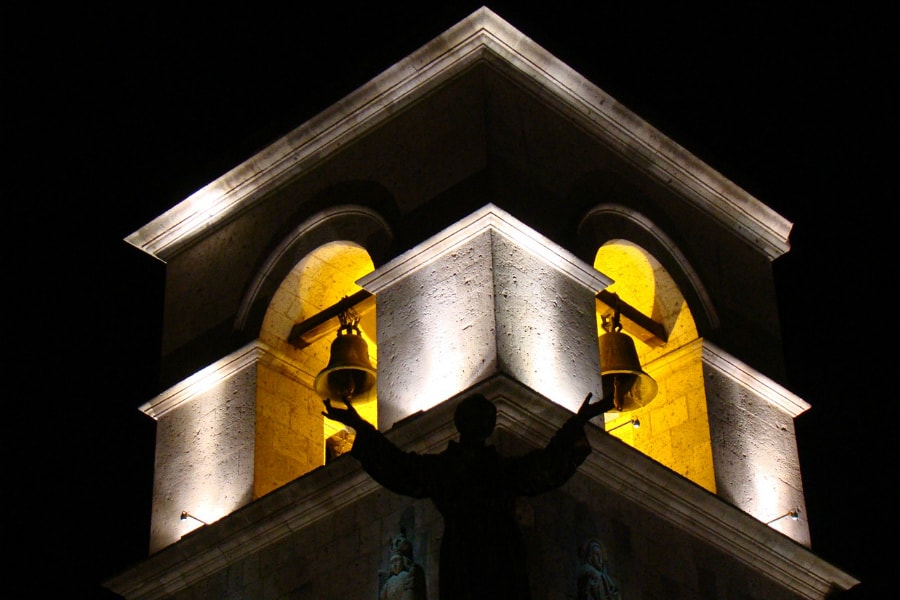 The Devil is in the Details

Seeing this collection of moral debauchery, even though incomplete, is like a punch in the gut. How did we get here? In my sixty years I have experienced both what was and what is now. The one common denominator is the consistency of the naysayers. Always in the wings, these folks joke and poke fun at anyone who is concerned about moral issues. From the accusations of “Bitter Clingers” to Joy Behar’s claim that Vice President Pence is “mentally ill” for believing God speaks to him, these detractors of Truth have a common aim. They deny whatever moral dilemma is exposed and scoff at the idea that the devil is real.

Yet we see more examples daily.

We have become a Godless nation and it has happened under our watch. When it would have been much easier to nip the idea of legal abortion in the bud, we did nothing. The agenda was set and the plan in place, but enough denial from the devil’s handmaids left us somewhat unconcerned. Anyone who tried to blow the trumpet of warning was delegated to being Chicken Little. And eventually the sky did fall – but not before it was too late to stop the movement.

Again and again we watched as more sacred ground was lost. Removing school prayer became removing Him altogether. In some instances, only civil disobedience brought prayer to ball games and graduations. Anti-bullying and tolerance of those who are different became rights for the perverse while godly believers were silenced. Mario Brothers morphed into Mortal Kombat and other horrifically violent games. Inch by inch, year by year, blindness prevented a full comprehension of what we were becoming. What our children were becoming.

Now, each day brings a new gasp of disbelief. Yet hand wringing and shock are not effective tools for taking our moral high ground back. What we need now is an awakening. That is happening so some extent, but those of us who wake up first need to recruit others to the cause. We need to sound the alarm and then offer positive action.

Pope Leo XIII said that to be a prophet means to be “born for combat”. “Christians are,” Leo continues, “born for combat.” Not physical combat but spiritual combat. He went on to say

“To recoil before an enemy, or to keep silence when from all sides such clamors are raised against truth, is the part of a man either devoid of character or who entertains doubt as to the truth of what he professes to believe.”

“The enemies of Truth” are the only winners when Christians remain quiet.

Fr. Richard Heilman continues in this vein, “The silence of Catholics is particularly disturbing because frequently a few bold words would have vanquished the false ideas.”  Church Militant Field Manual

Being Bold In Defense of Truth

Beginning with the Disciples, it has been a part of Christian nature to proclaim His Truth to the world. That these ideas are unpopular and counter-cultural is a given – both in the early years of the Church and now. When we speak Truth to those of the world, their nature prompts them to push back – to attack. If we are caught off guard our mission is in danger of failure.

In order to be prepared, when these teaching moments occur, it is essential for us to be well versed in Truth. A typical lay person does not require a degree in theology to make an impactful response. Yet, we should continue to study theology and spirituality through reading and self-led research. Remember, a Catholic is never fully formed; there is always more to learn. And learn we must, to continue our path toward Heaven.

Our battle plan need only include “a few bold words”, as Pope Leo XIII counselled. This method is highly successful in today’s society, in both the public relations and debate world. We see how effective brevity in making a point is by observing social media and advertising campaigns. The crusade of spreading the Gospel can also benefit from using well thought out talking points. Having these memorized and ready at a moment’s notice will serve us well.

Yes, we have all the tools necessary to defeat the Devil – witness and prayer. According to Saint Alphonsus,

“Prayer is, beyond doubt, the most powerful weapon the Lord gives us to conquer evil … but we must really put ourselves into the prayer, it is not enough just to say the words, it must come from the heart. And also prayer needs to be continuous, we must pray no matter what kind of situation we find ourselves in: the warfare we are engaged in is ongoing, so our prayer must be on-going also.”

One of the best prayers at our disposal is the Holy Rosary. With each decade we are nourishing our souls with a scriptural account of the life of Jesus. However, we must heed the advice of Saint Alphonsus and pray from the heart. Are we simply saying the Rosary or are we praying it? The difference is key.

Two aspects of our battle plan against the devil have now been identified – “a few bold words” and prayer. While these two promise considerable impact, we can add another – penance. The call for penance lies at the very heart of Catholicism. Sacrifice, regular confession, and fasting will round out our efforts to help bring Christ’s salvation to the world. Together with His mercy and grace, we can effectively help bring society what it so desperately needs – Truth.

“If then any be in Christ a new creature, the old things are passed away, behold all things are made new.” 2 Corinthians 5:17

“I can do all these things in him who strengtheneth me.” Philippians 4:13