The Demons Amongst Us And the Ouija Board 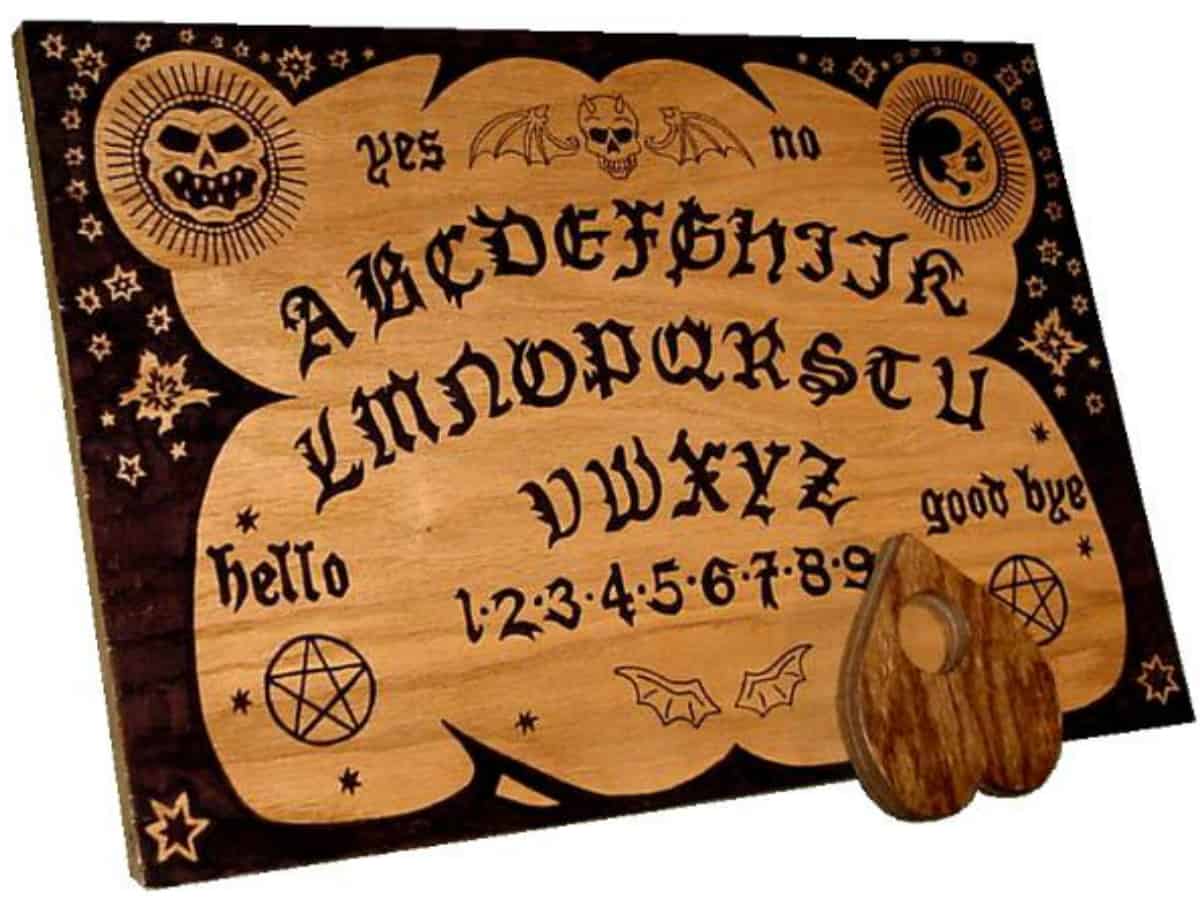 Decades after its introduction, an unsavory ‘parlor game’ is still making the rounds. In fact, it is at the top of children’s wish lists and flies off of store shelves around the holidays. Offered by Hasbro, for children ‘age 8 and up’, the Ouija Board is once again rearing its demonic head. In years gone by, this ‘toy’, also called a spirit board or talking board, was looked upon as harmless fun, but are we so sure?

The Ouija Board Is Not A Toy

I can’t think of many more abhorrent, mainstream Christmas gifts. Here’s a comment attributed to a priest, shared by a friend, with others on her Facebook feed:

“If someone is seriously trying to contact a spirit for answers, who do they think is answering? It isn’t the soul of dead person. They are judged instantly at death and are in heaven, purgatory, or hell. They aren’t free to talk to Ouija boards. That leaves angels, and the good Angels aren’t going to disobey God’s command that humans not contact mediums nor consult ghosts. That only leaves demons.”

Inviting Spirits Is Not A Game

With the increase of calls for exorcists from the Vatican, do we really want to expose kids (or adults for that matter) to the unknown? Deuteronomy 18:10-12: tells us,

Nor charmer, nor any one that consulteth pythonic spirits, or fortune tellers, or that seeketh the truth from the dead.

For the Lord abhorreth all these things, and for these abominations he will destroy them at thy coming.”

From The Catechism Of The Catholic Church

Further we see the Catechism of the Catholic Church speak out on the topic of superstition in the section concerning the Third Commandment.

2111 Superstition is the deviation of religious feeling and of the practices this feeling imposes. It can even affect the worship we offer the true God, e.g., when one attributes an importance in some way magical to certain practices otherwise lawful or necessary. To attribute the efficacy of prayers or of sacramental signs to their mere external performance, apart from the interior dispositions that they demand, is to fall into superstition.41

2116 All forms of divination are to be rejected: recourse to Satan or demons, conjuring up the dead or other practices falsely supposed to “unveil” the future.48 Consulting horoscopes, astrology, palm reading, interpretation of omens and lots, the phenomena of clairvoyance, and recourse to mediums all conceal a desire for power over time, history, and, in the last analysis, other human beings, as well as a wish to conciliate hidden powers. They contradict the honor, respect, and loving fear that we owe to God alone.

2117 All practices of magic or sorcery, by which one attempts to tame occult powers, so as to place them at one’s service and have a supernatural power over others – even if this were for the sake of restoring their health – are gravely contrary to the virtue of religion. These practices are even more to be condemned when accompanied by the intention of harming someone, or when they have recourse to the intervention of demons. Wearing charms is also reprehensible.Spiritism often implies divination or magical practices; the Church for her part warns the faithful against it. Recourse to so-called traditional cures does not justify either the invocation of evil powers or the exploitation of another’s credulity.

As Catholic parents and adults, we are called to be in this world and not of this world. Our children are in our charge so that we may lead them to Heaven. Demonic ‘play’ is certainly not the way to go about the making of little saints. Might I add that we should also refrain from being in or of the netherworld, wherein “evil spirits prowl around the world, seeking the ruin of souls”?

Saint Michael the Archangel, defend us in battle. Be our protection against the wickedness and snares of the devil. May God rebuke him we humbly pray. And do thou, oh prince of the heavenly host, by the Power of God, thrust into hell Satan and all the evil spirits who prowl about the world seeking the ruin of souls. Amen.