What the Faithful Seek and Deserve 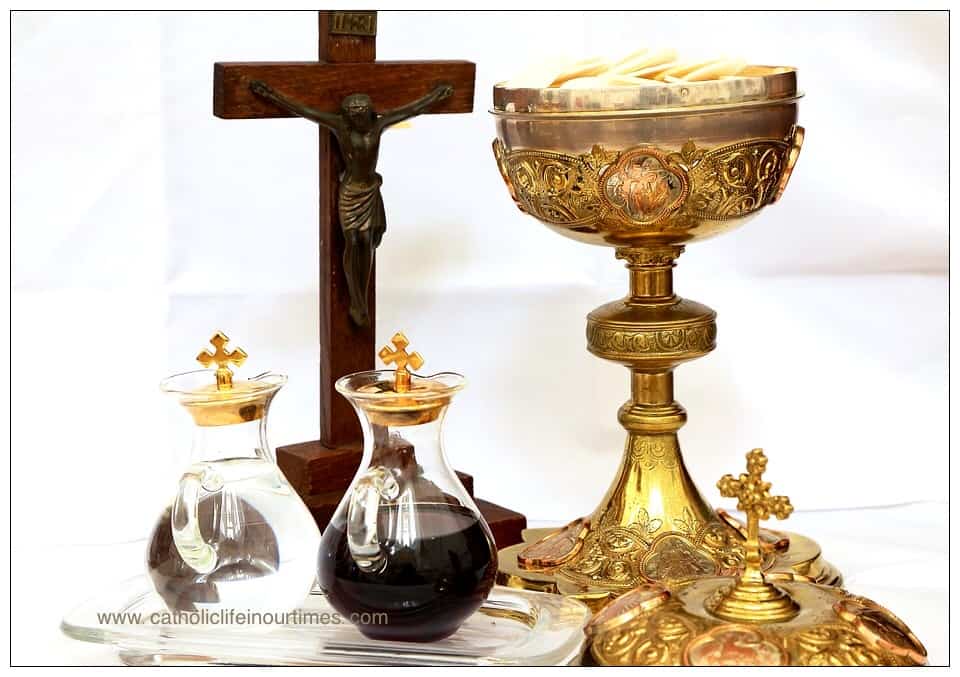 Since my youth, the celebration of the Holy Sacrifice of the Mass has undergone some substantial alterations. Not every change is attributable to the Second Vatican Council. The Spirit of Vatican II facilitated those who pushed for drastic, albeit illicit, changes and outright grave affronts to the integrity of the Mass. Yet the laity want, and expect better. We deserve faithful adherence to the celebration of the Mass as intended. I believe part of the problem was exasperated by a traditional position of obedience and trust on part of the laity. In addition, lack of access to Church documents facilitated misinformation and ignorance. Both clergy and laity became susceptible. Yet, Church law is clear.

Therefore no other person, even if he be a priest, may add, remove, or change anything in the liturgy on his own authority. Redemptionis Sacramentum

Sadly, what we see is irreverent reception of the Eucharist, rampant use of ‘communion ministers’, a blurring of the lines between clergy and laity,  and other affronts to the Holy Sacrifice of the Mass. In addition, many centuries-old devout practices are cause for ridicule and bold resistance. Becoming familiar with official Church documents offers a simple opening for the remedy.

Ordinary Minister is the title given to the presbyter, an ordained priest. He, alone, has undergone stringent discernment of his vocation and formation as a seminarian. His role is set aside from the properly called for role of the laity. His hands are consecrated and he comes to us in persona Christi – another Christ – when he ministers to us.

“Bishops, priests and deacons distribute Holy Communion in virtue of their office as ordinary ministers of the Body and Blood of the Lord. USCCB

Communion Ministers, a term commonly ascribed to those who participate in the Liturgy of the Eucharist by assisting the priest in the distribution of Holy Communion, is a misnomer. This may explain many misconceptions concerning the purpose for their role and their extensive use. The proper, though largely ignored, title is Extraordinary Minister of Holy Communion (EMHC). Official instructions help to explain.

If such ordinary ministers of Holy Communion are not present, “the priest may call upon extraordinary ministers to assist him, i.e., duly instituted acolytes or even other faithful who have been deputed for this purpose. USCCB

The irreverent reception of the Eucharist offers the most cringe-worthy abuse today. Much of this can be attributed to poor catechesis and the rise of lax forms of reception. Although an indult for the US remains in effect for the reception of Holy Communion in the hand, the universal norm is reception on the tongue. The unfortunate circumstance, however, is a rampant disdain and outright bigotry against those who choose the norm – receiving on the tongue. Further abuse occurs when the priest is assisted by EMHCs at even the smallest gathering for Mass. Their use is to be limited to extraordinary circumstances, such as an inordinate number of communicants and a lack of ordinary ministers.

We are instructed by Jesus, Himself, that we are in the world but not of the world. Yet, there is a lack of attention to both the music and lyrics to many hymnals. Often we find a banal, if not outright heretical, fare passing as liturgical music. These compositions are more appropriately labeled as mere songs. A proper hymn rightly offers praise directed toward Our Lord Jesus. It is not self-aggrandizing or focused on secular topics.

As our world becomes more and more secular, many priests resist giving a homily that addresses the difficult topics of the day. Abortion, myriad sexual sins, increasing secularism, and corrupt laws have infested even the most simple aspects of our lives. Meanwhile, attacks on the nuclear family, and the slaughter of babies in the wombs of their mothers, continue. Yet the laity are fed generalizations about the ‘disenfranchised’ and global warming.

In can be said that society has never been more frantically engaged. Stress and anxiety are at an all-time high. Our electronic age affronts us from all sides as we engage in everyday life. When we enter the haven of the church, we come to adore God and nourish our souls with the Bread from Heaven – Jesus Christ Himself. This is not the place to continue the clamor of the outside world. Instead, we often find chatter before and after Mass. In addition, there is a constant barrage of musical accompaniment – even after Holy Communion.

Mass is where we come to find respite and spiritual nourishment. The music, if rightly chosen, enhances our peace and the reverence of this holy place. An opportunity for reflection and thanksgiving is also needed. The faithful have every right to expect moments of holy silence. Here is an opportunity to ponder the enormous Gift we are receiving. In this place we reflect on our spiritual journey. How else can we give due worship and focus on God properly?

Sadly there is a rapid decline in belief of the True Presence. Part of this can be attributed to a lack of reverence in the celebration of the Eucharistic Feast. Where there is a lack of reverence, the inference is that this is just another place and there is nothing special going on here. There is also a connection between this lack and the outward signs given – such as the attitude during reception of the Eucharist. Do we come, ready to worship? Does our dress, bearing, and behavior demonstrate this? Or do we give the impression of just another gathering – like a dinner, sporting event, or meeting?

There is a definite regression in faith – in genuine belief. There is a correlation between the aforementioned, and this lack. We observe this by how tradition is treated. Often reception of the Eucharist on the tongue, especially in addition to kneeling, is rejected or even forbidden. The Church, however, finds these practices to be acceptable and even desirable.

Yet, even optional, legitimate devotional practices are often frowned upon. Sometimes there is an obvious resentment toward anything traditional or reverent. Take, for instance, the optional devotion of veiling. Although the obligation for veiling was abrogated years ago, there is a resurgence in the practice. Often this practice is found among the younger generation. There is an increasing awareness and hunger for the sacred.

Push-Back by the Faithful

The legitimate push-back from the laity is, even to this day, met with rigid opposition. In many instances seminaries and bishops occupy a particularly powerful position. It is sadly commonplace to undermine any positive return to obedience – even to the actual context of the Vatican II documents themselves!

In this electronic age, access to official Church laws has never been easier. Yet, even these citations do not carry sufficient weight to sway dissent. Instead, efforts to maintain the integrity of how the Mass is celebrated is resisted.

The Plea of the Laity

Outright opposition from clergy frustrates many pleas from the faithful in the pew. Although there is a solid movement for celebration according to the Traditional Form, many of the laity would be satisfied  by simply having the faithful celebration of Novus Ordo Mass, according to the actual rubrics of the General Instruction of the Roman Missal. The people in the pew continue to firmly request a resolution and return back to Mass as is intended.

Consideration to the legitimate concerns needs to be given in an effort to restore the reverence due our Eucharistic Lord. The rights of the faithful should also be addressed. Everything possible must be done to remedy the  disrespectful attitude against Jesus in the Blessed Sacrament. The eternal souls of many depend on it. Without righteous worship, faith suffers irreparable harm.  We, the laity, stand respectfully firm in this request.

All honor and glory to Our Lord Jesus Christ!